* In case of any delay in receiving the OTP, you may verify it later. Please proceed without verification.

Enter your City name or Pincode

Haripur is one of the important villages in Bardhaman district in the Indian state of West Bengal. It comes under the block of Pandaveshwar in Durgapur subdivision. The town is located around 92 km from its district headquarters, Bardhaman from its western side while the state capital, Kolkata, is placed almost 198 km from Haripur village. It shares its boundaries from Jamuria block towards west, Ondal block towards south, Dubrajpur block towards east and Khoyrasol block towards north direction. Besides that, the cities of Minijam, Kulti, Suri and Asansol are located nearby to Haripura while Birbhum district also shares its borders with this village on its northern side. Therefore, Haripura is quite accessible from the several major cities of West Bengal. 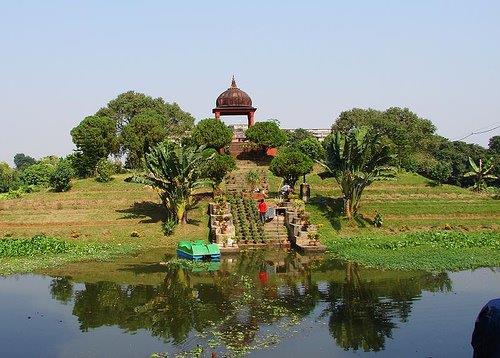 The village of Haripur is located on the total altitude of 46 feet with the latitude of 23.68336°N and the longitude of 87.197346°E. The average temperature during the summer season here remains between 32°C and 38°C especially in the months of May and June. After the summer season, the monsoon comes to the village that brings heavy precipitation during the months of July, August and September. The locals of Haripur enjoys winter season at the start of December and till the end of January. The temperature goes down to an average of 12°C when the winter season covered this area. So, one can explore this village during the best time, which is in the months of October and November.

The Indian state of West Bengal has been famous for its vibrant cultural heritage. Each and every festival is solemnized with great enthusiasm in every part of the state. Haripur is no exception in this regard. The inhabitants of this village always enjoy their life by participating in the various local festivals, in particular, Durga Puja and Kali Puja. These festivals are being celebrated with extreme devotion. During these festivals, people used to offer special prayers to the Goddess and share sweets and special Bengali food. Those people, who come from other parts of the country, can also become part of these celebration and make their holidays a lifetime memory.

The village of Haripur, in Bardhaman district of West Bengal, has sufficient amount of utility services provided to its inhabitants. A post office is located here which is the sub office branch of Asansol Postal Division. This post office offers all types of postal services to the people like local and national courier services, fixed deposits and many more. Apart from that, there are many private courier service providers located at the varied localities of Haripur, which fulfills all types of courier requirements of the individuals. Beside the post office, the village also boasts of many branches of the banks which provide a number of banking benefits for the public such as saving & current accounts, fixed deposits, personals loans and many governmental schemes. The addresses of postal and courier service providers are mentioned below: